Radford Type 62-2, a British coach built case based on a Lotus


From the early days of the motor car, coachbuilding has been an essential part of the automotive industry. It was perfectly natural for customers to buy a rolling chassis from a company like Bentley, Talbot, Duesenberg, Delahaye, Alfa Romeo, and many others and turn to a coachbuilding specialist to craft a unique body for it. In these early days, this was the ultimate expression of luxury and resulted in some of the most stunning-looking machines ever created. With the industrialisation of the car, this craft almost died out but somehow managed to survive. In recent years the art of coachbuilding new cars has seen a resurgence with old companies thriving again and new ones entering the market. One company that seeks to combine both old and new is Radford, and it recently presented the Radford Type 62-2.

Radford isn’t just some name of an over-enthusiastic investor looking to please himself by botching together bits and pieces and create a new “car” for some fortunate dreamers. No, Radford was a highly regarded British coachbuilding company, now brought back from the dead by some very passionate individuals: former Formula 1 World Champion Jenson Button, TV-mechanic and specialist fabricator Ant Anstead, leading automotive designer Mark Stubbs, and business adviser and lawyer Roger Behle.

Radford started life as Harold Radford & Co. in London, England, as a retailer of Rolls Royce and Bentley cars. Under the supervision of G.H. Radford, the company started offering coach build services to customers in the late 1940s under the name of Harold Radford Coachbuilders Limited. The company began with fitting new bodies to Bentley’s to cater to the wealthy land- and estate owners at the time. If you search the internet, something like this 1949 Bentley MK VI Countryman by Harold Radford will pop up:

Combining several styles into one (shooting brake, town car, and luxury tourer), the Radford Bentley Countryman had a large, handmade aluminium body. Standard features included a set of picnic tables fitted into the seatbacks, a clamshell two-part boot lid, a cocktail shaker and glass set in the rear armrests and a drinks cabinet in the boot. This example from 1951, listed by Vintage & Prestige Classic Cars, has a gorgeous silver and blue exterior and a full leather and wood-clad interior. The most stand-out element? How about a small “sink” in the rear boot lid to wash your hands after hunting or horseback riding across your estate.

Later on, the company became famous for producing (very) luxurious versions of the iconic Mini. Conversions like the Mini Deville and Mini 1100 included new paint and trim, upgraded interiors, full sliding sunroofs, electric windows, and more. Remember, this was in a time when a factory original Mini didn’t even come with full slide-down windows but rather a split window that only partly opened. Other changes included upgraded performance and the option to match your car to, let’s say, your bespoke Rolls Royce in terms of paint and upholstery. A total of 63 options were available for your bespoke Mini through Harold Radford Coachbuilders. Celebrity clients included all the Beatles, Peter Sellars, Mike Nesmith (The Monkees), and Mr Cool Personified, Steve McQueen.

The company has also been credited with building several Aston Martin DB5 Shooting Brake cars and for being involved in the development of the Ford GT40 Prototype. The latter brings us closer to the car the resurrected Radford is developing and has recently presented. In order to make the GT40 eligible for racing, 50 homologation cars had to be constructed over a 12-month period. The prototype was shipped over from the US to the UK, and through several companies, a road-going variant known as the Ford Coupé was constructed. One of those companies was Harold Radford Coachbuilders, responsible for fitting the fibreglass body and, in a later stage, doing the final installation of the interior and trim.

So how does that bring us closer to the Radford Type 62-2? In spirit, the Radford Type 62-2 fits the era of the original car. The Lotus Type 62, based on the Lotus Europa platform, competed in the same time frame as the Ford GT40’s did, the late 1960s and early 1970s. The car wasn’t as successful in competition as some of Colin Chapman’s other creations, but it looked the part regardless. Done in the iconic red and white Gold Leaf Team Lotus livery, the car sits very low with some interesting design elements. A swopping, tightly-fitted body with twin ducktail-type spoilers and doors that extended into the roof for easier access to the cockpit whilst wearing a helmet.

Radford is building a modern interpretation of the Lotus Type 62, complete with period-inspired liveries as well. The car is based on an existing chassis and engine set-up from the Lotus Exige. Draped over the chassis will be a proper Lotus Type 62-inspired body, with the same design cues as the original, but cleaned up and modernised where it needs to be. And Radford claims a prospective client can pretty much redesign the whole car; they can change body panels, interior components, wheels, paint and more, to create a fully bespoke, one-off car. 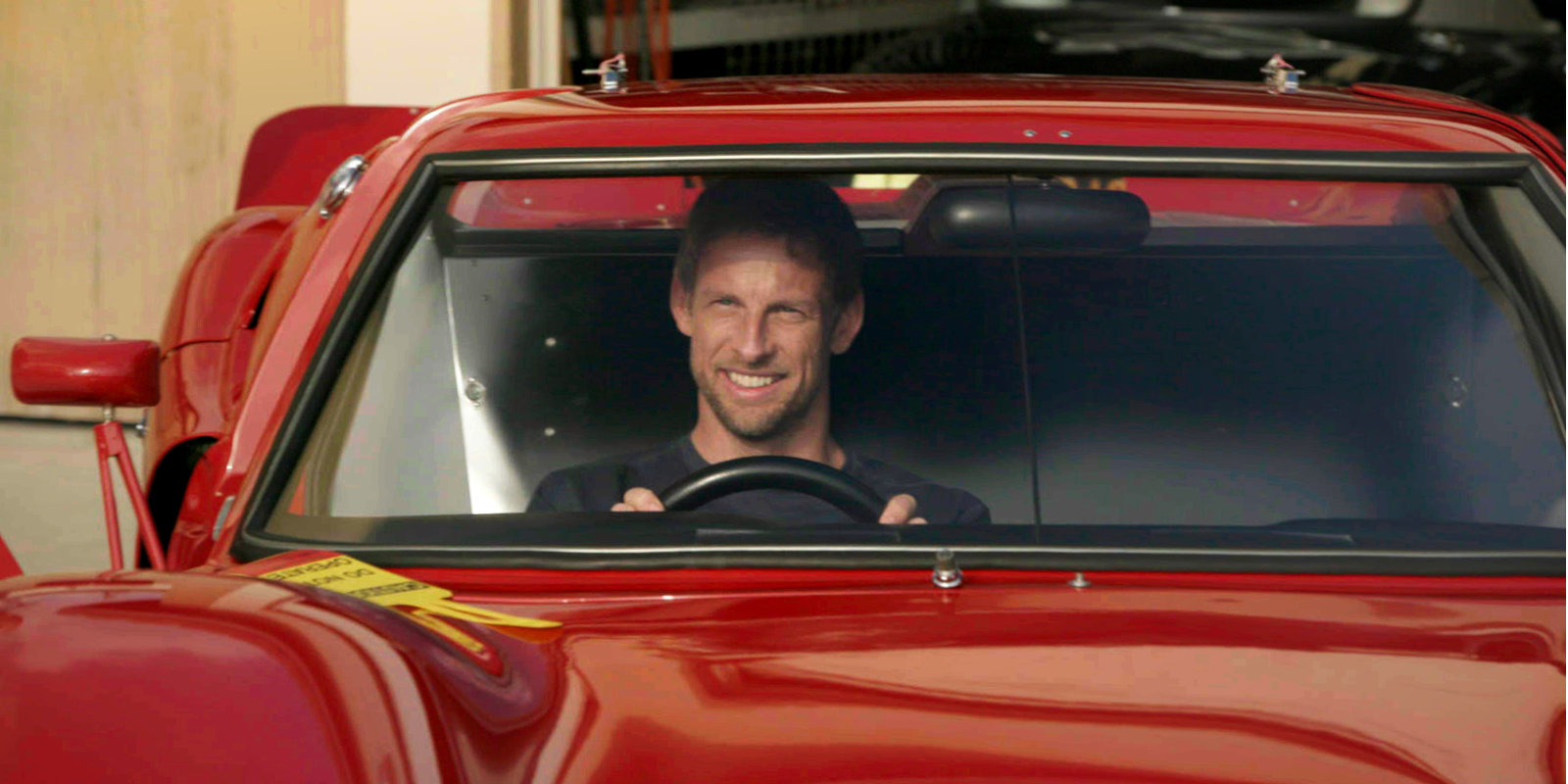 Three performance levels will be introduced first, all using the same starting point. The first is also the most simple, called the Classic. This features a 3.5 litre V6 producing 430bhp, a more subdued body (no rear wings, for instance), and 17 and 18-inch wheels. Then there’s the Gold Leaf, which uses the same engine but now with 500bhp. The Gold Leaf comes with the twin-ducktail spoiler the Lotus Type 62 had. Proper centre-lock wheels will be installed to ramp up the racing theme even more. 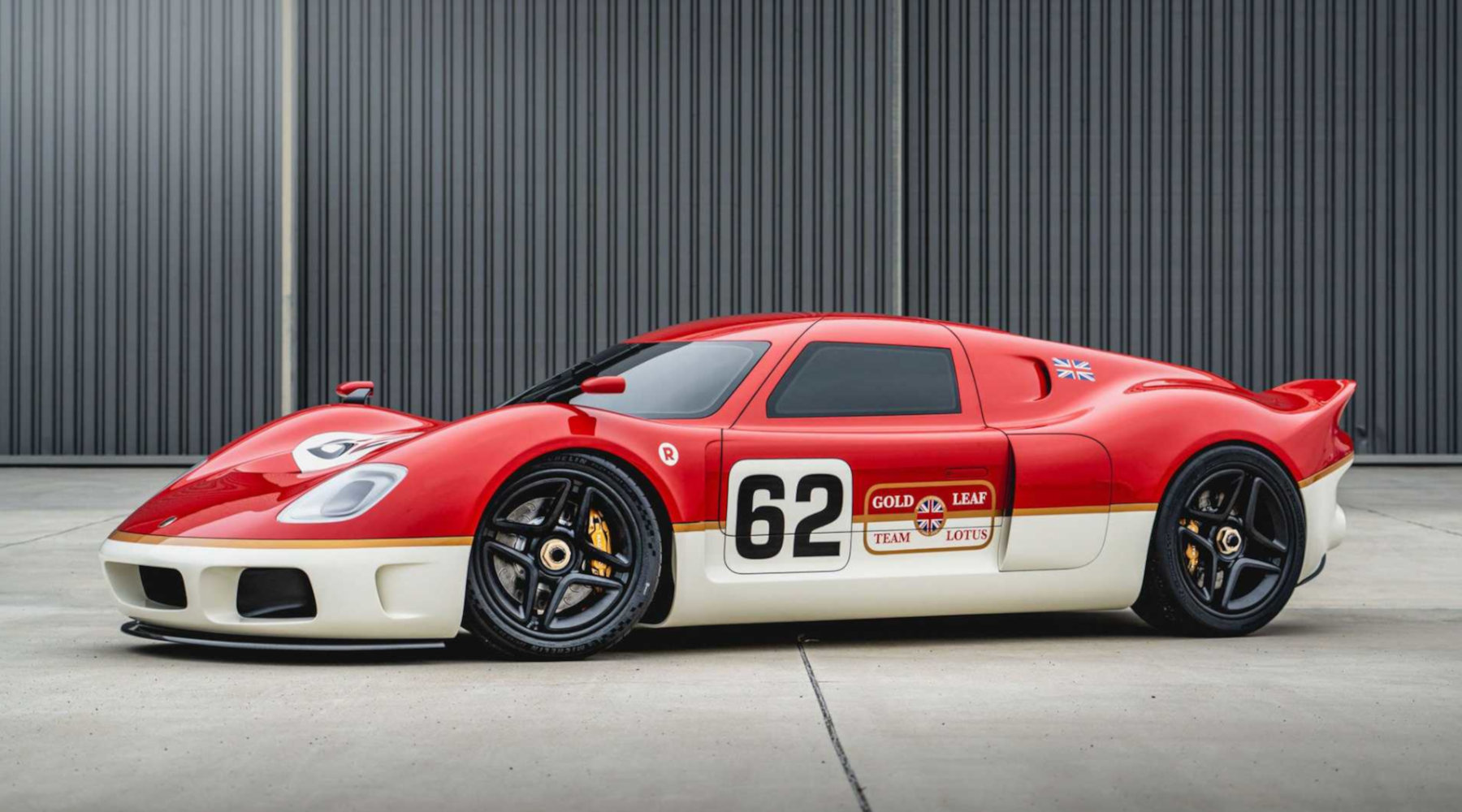 And finally, and visually this is perhaps the most striking, is the JPS. Lotus is famous for creating some iconic liveries, and everyone with a bit of a racing heart knows what the letters JPS stand for. The John Player’s Special livery used by Lotus in Formula 1 was one of the most iconic with a striking combination of deep black paint with gold decals. The JPS livery graced some of the fastest and best F1 cars Lotus ever built, starting with the Lotus Type 72 in the early 1970s and lasted to the mid-1980s.

The Radford Type 62-2 JPS is the fastest, most race-oriented of the three. The V6 engine is re-engineered and fitted with a supercharger to provide 600bhp. In a car weighing around 1,000kg, it should be a riot on the track! Not only is it the most powerful one, but the JPS will also have a full aero kit and come with carbon wheels and brakes. And last but not least, judging by the pictures released, it looks mighty impressive even at a standstill!

No more than 62 Radford Type 62-2s will be built, and the company says it’s very likely no two will look the same when completed. Each one can be fully tailored to the owner’s specifications. And as a bonus, if you are lucky enough to secure one of the 62 build-slots, you also get to spend a day on track with Jenson Button to hone your skills and learn all there is about the car. There’s no estimate of how much this car might cost you, but considering other projects like this, it will undoubtedly have quite a steep price tag. 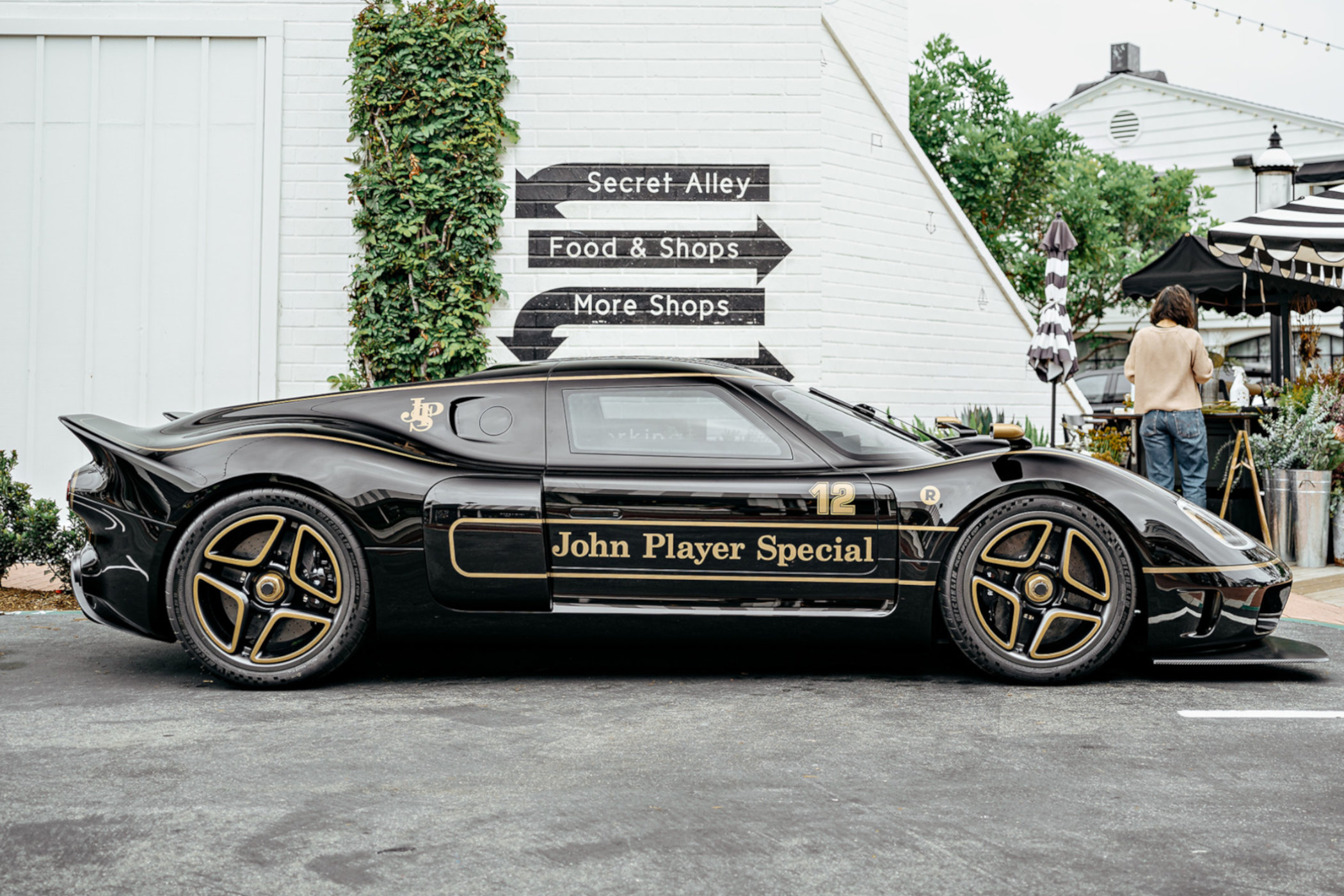 For more information, check out TopGear.com here and here, or Radford.co.

Radford Type 62-2, a British coach built case based on a Lotus originally appeared via monochrome-watches.com

What is a Cabochon? - Gemstone Cuts Explained by the Experts