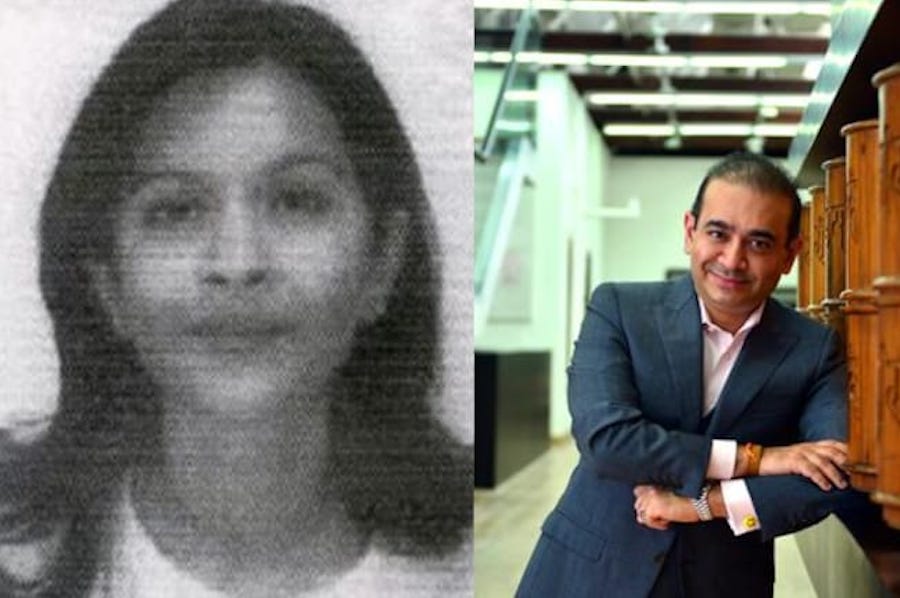 The sister of disgraced former diamond and jewellery mogul Nirav Modi has been implicated in the recent ‘Pandora Papers’ document leak, which has brought to light the international financial dealings of wealthy and high-profile individuals.

Called the “largest investigation in journalism history”, the Pandora Papers comprise approximately 12 million documents detailing complex company structures and off-shore banking which, while not illegal, can attract activities such as tax evasion and money laundering.

The documents were leaked to the International Consortium of Investigative Journalists and analysed by 150 media organisations worldwide.

Among them was The Indian Express, which subsequently published a report into the actions of Purvi Modi, also known as Purvi Mehta.

Her brother Nirav Modi has spent more than two years in custody in the UK and is currently facing extradition to India in relation to the $US1.8 billion ($AU2.3 billion) Punjab National Bank (PNB) fraud.

The Indian Express reports that in December 2017 – one month before Modi fled India – his sister set up Brookton Management Ltd, a firm registered in the British Virgin Islands, which would act as a protector for The Deposit Trust, which she formed through a company in Singapore.

The British Virgin Islands has long been considered a ‘tax haven’ as offshore companies incorporated there pay no income tax. There is also no tax on capital gains.

In trust law, a protector serves a supervisory role in the administration of a trust, enforcing its terms, ensuring compliance with the intentions of the settlor, and safeguarding it against trustee abuse – which can be a risk with offshore trusts.

Appointing a protector provides flexibility when physical or legal changes occur and allows a third party to act as the main point of contact between the trustees and the beneficiaries of the trust.

According to The Indian Express, Purvi Modi declared the monies contained in the trust were her salary and other personal earnings from her role as creative director of her brother’s company Firestar Diamonds, which was implicated in the PNB fraud.

Dubai-based subsidiaries of Integrated Investing and Xclusive Consultants, named Diagems and Universal Fine Jewellery, respectively, were established in 2012; the ED alleges both were ‘dummy companies’ used to divert $US265 million to Purvi Modi.

Another trust established by Purvi Modi, the Monte Cristo Trust, was reportedly used to set up Belvedere Holdings Group in the British Virgin Islands in 2013; the Group purchased a €6.25 million property in London in 2017.

Nirav Modi was arrested in London in March 2019.

Purvi Modi was reportedly the subject of an Interpol Red Notice in 2018, in relation to money laundering charges; she has previously denied any knowledge of fraudulent transactions.

In an emailed statement to The Indian Express, Manavendra Mishra, a legal representative for Purvi Modi, denied wrongdoing in relation to the Pandora Papers report.

“We are the lawyers acting for Ms Purvi Modi in India. We deny all the below allegations raised in your email. We are not in a position to respond or comment at this stage since the matter is sub-judice before the special PMLA [Prevention of Money Laundering Act] court,” the statement read.

Earlier this year, Purvi Modi and her husband Maiank Mehta – who are Belgian and British citizens, respectively – agreed to cooperate with the PNB fraud investigation against her brother in exchange for pardons.

MOVADO Launches Its Next Artist Series