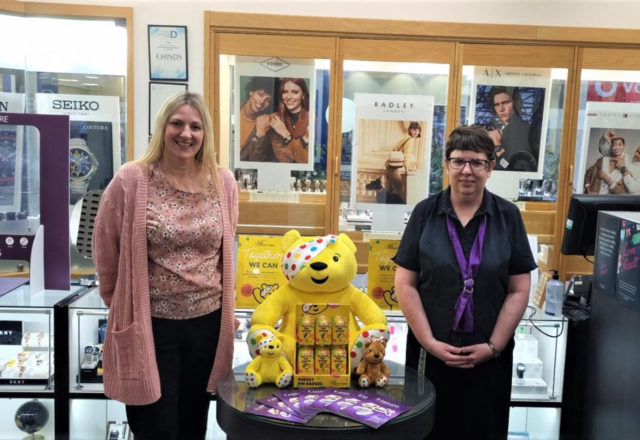 Jeweller F Hinds has partnered with BBC Kids in Want to boost cash for deprived kids, it introduced.

The family-owned and run enterprise will probably be elevating cash for the charity throughout its property of 115 F Hinds and 12 Chapelle shops throughout the UK, from 1-17 November.

The corporate, which celebrates its one hundred and sixty fifth anniversary this 12 months, will probably be inviting prospects to enter a contest to win certainly one of two £250 reward playing cards and large Pudsey Bears by making a purchase order and a donation on the tills of any F Hinds or Chapelle shops.

“We’re extremely proud to be supporting BBC Kids in Want this 12 months and we hope it’s the begin of an ongoing relationship with the charity,” stated Natasha Home, head of promoting at F Hinds.

She added: “We perceive the continued want for charities reminiscent of BBC Kids in Want and, for a lot of generations, we’ve supported nationwide and native charities and helped give again to our native communities.

“I do know our incredible groups throughout the nation will give every part they will to make this an exquisite success. Good luck to all of them.”

Every of the F Hinds and Chapelle shops will probably be dressed with BBC Kids in Want branding together with posters and bunting, plus prospects can buy the official BBC Kids in Want pin badge from the tills.

Claire Hoyle, business director at BBC Kids in Want, stated: “We’re delighted to be partnering with F Hinds this 12 months.

“It’s all the time sensible to see the creativity, enthusiasm and generosity from our companions.

“The cash that they increase will go on to make an enormous distinction to kids and younger folks all throughout the UK.”

All the highlights from Gemworld Munich 2021