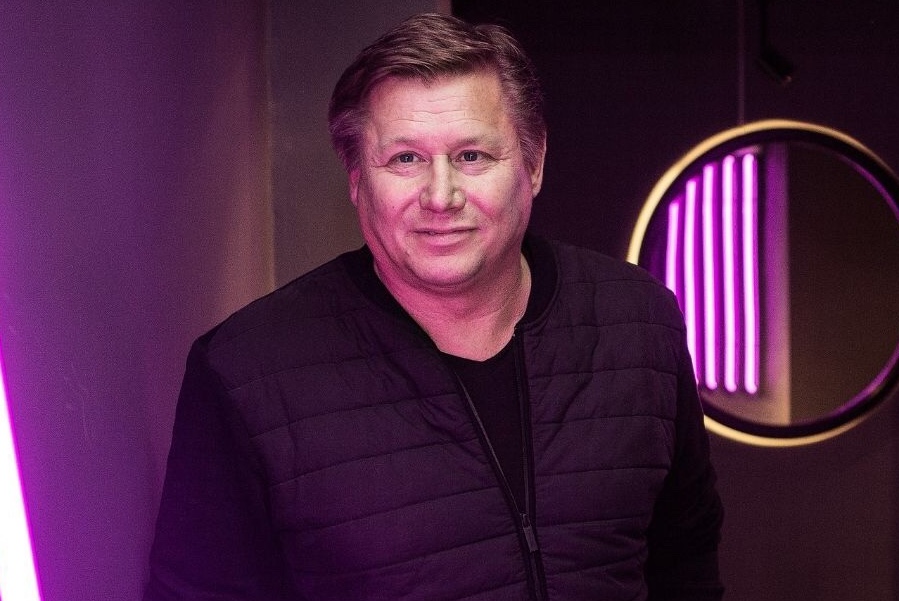 Nielsen is believed to have launched the business in Europe in early 2020 and expanded into Australia in March 2021.

According to those involved in the venture, JN Jewellery had attracted more than 70,000 ‘ambassadors’ – a buzz term used to describe salespeople recruited as paid members to sell the jewellery on a commission-only basis – at the time of its closure in September 2021.

MLMs, or network marketing businesses, have a chequered history; while the business model can offer a legitimate sales structure, the industry has been fraught with illegal operations that are nothing more than pyramid schemes.

Nielsen is reported to have unexpectedly walked away from JN Jewellery on 10 September, leaving as many as 76,000 members bewildered.

Since Jeweller’s report last week, several former members have provided additional information about the company’s activities and the events leading up to JN Jewellery being closed, saying that Nielsen consistently promoted – and heavily relied upon – his previous connection with Pandora Jewelry to attract new paying members.

Nielsen was initially a European Pandora distributor and a member of its international management team, before resigning as president of its Central Western Europe subsidiary in 2011.

He was bound by a non-compete clause, which prohibited him from trading in the jewellery industry until 1 June 2013 whereby he immediately founded a new business, Endless Jewelry.

Despite experiencing a rapid expansion, Nielsen left Endless Jewelry in February 2016 and only weeks later announced another jewellery venture, Amazing Jewelry, which he described as being inspired by ‘fast-fashion’ retailers Zara and H&M.

Endless Jewelry, which was headquartered and registered in Germany, initiated insolvency proceedings on 18 November 2016. A statement issued by Endless International GmbH confirmed the action, explaining that shareholders, board of directors and management had “reached the conclusion to declare the company bankrupt”.

Under Nielsen, Endless Jewelry’s sales structure allowed retailers a ‘right to return’ unsold product. The business model was criticised at the time because it meant retail stockists effectively had no ‘skin in the game’; they could over-order product knowing that if the product did not sell, it could be returned to the company.

In June 2016 – four months after announcing his next venture – Nielsen opened the first Amazing Jewelry store in Copenhagen, Denmark. It was a franchise business model, promoted with the tagline: “Join the jewelry revolution at prices never seen before”.

It was reported to have reached a store count of 60 across Europe, the US, the Middle East, North Africa and Asia. However, the business started to unravel with media reports in August 2018 stating that five German stores were closed and the “Hamburg District Court has opened insolvency proceedings against Amazing Jewelry GmbH.”

Other stores were closed in July 2020 and the last remaining store – the Copenhagen flagship, located on the high-profile shopping street Strøget – was closed by Nielsen in February 2021 with the Danish finance website Finans.dk reporting: “After a string on bankruptcies recently, Jesper ‘Kasi’ Nielsen has now chosen to close Amazing Jewelry’s store in Copenhagen.”

At the time, Nielsen announced via Facebook: “Amazing retail is closing, and we are now 100 percent an online company through the brand Jesper Nielsen. We are closing our Amazing company in Denmark and our store on Strøget”.

The closure of Amazing Jewelry came only one month after Nielsen’s company Kasi Brands went into bankruptcy.

On 14 January 2021, Finans.dk reported that Denmark’s Maritime and Commercial Court also declared Nielsen himself bankrupt at the same time.

However, that’s not the full extent of Nielsen’s troubles.

According to the website, the Nielsen family’s companies Dojajean Holding ApS and Kasi ApS had also gone bankrupt: “They are the parent company and sister company of Kasi Brands, respectively. As is the case with Dojajean Holding and Kasi, Boris Frederiksen from the law firm Poul Schmith has been appointed as trustee in the bankruptcy estate after Kasi Brands,” a report on the site claimed.

Notably, a Finans.dk report dated 8 December 2020 claimed Nielsen had only DKK2.36 ($AU0.50, or $US0.37) in his Danish bank account, while owing DKK64.4 million ($AU14 million), following a “remarkably large flow of funds in the account” including “temporary major deposits [and] significant transfers to unknown recipients”.

Some of the identifiable transfers were “salary payments” from Amazing Jewelry to Nielsen’s relatives in Denmark and Spain, as well as companies controlled by the Nielsen family.

The report was based on a statement to creditors authored by another bankruptcy trustee, Henrik Selchau Poulsen.

In the statement, Poulsen reportedly declined to close the case due to ongoing arbitration between Nielsen’s bankrupt company Kasi ApS and Pandora Jewelry.

Following the closure of the Amazing Jewelry flagship store in February 2021, Nielsen appeared to devote his energy to Jesper Nielsen Jewelry/JN Jewellery.

This venture ditched the traditional wholesaler-to-retailer model altogether and instead operated solely under the network marketing structure.

As previously described, network marketing involves members selling product on a commission-only basis and recruiting new members to sell product; members are paid a percentage of the sales of their recruits – known as the ‘downline’ – which creates the pyramid-shaped or binary compensation commission system.

This may explain how a reported 76,000 members across international markets were recruited to JN Jewellery in less than a year, with many saying they were attracted to the scheme because of Nielsen’s prior relationship to Pandora.

One JN Jewellery member in the US, Mary Francese, explained to jewellery industry publication JCK Online that she had spent four years working in various MLM businesses, saying that she was first attracted to JN Jewellery through Facebook advertisements.

“Usually very little stands out to me. But with COVID, the kitchenware brand I was working with had a lot of supply backups. And when I saw this post, it talked about jewellery, it talked about how it involved the co-founder of Pandora,” Francese told JCK Online.

“I thought, it would be stupid not to pursue this. Pandora was a really successful company. The product, the compensation plan, it all seemed perfect.”

Following JN Jewellery’s collapse several months later, Francese created the first petition against the business on the activist website Change.org, titled ‘Justice For Our Ambassadors for JN ruining their reputations’.

The petition claimed, “Over 70,000 Ambassadors [salespeople] were working for JN Jewelry [sic]”.

Francese, a stay-at-home mother, explained to JCK that she had “spent nearly seven months selling Jesper Nielsen (JN) jewellery, eventually becoming a company ‘World Leader’ and joining its customer service team” in a paid role; however, the complaints from members quickly overwhelmed her.

Another member, who contacted Jeweller, said Nielsen “planted seeds of dreams in over 76,000 people, he got them to spend money for higher commissions… Creating urgency to purchase at discounted rates, but it became clear when his sales never stopped and his ‘newly’ named products arrived branded with Endless [Jewelry] and Amazing [Jewelry], that something was seriously not right.”

One member told Jeweller she had joined the business just four weeks before it closed and like many others, was financially out-of-pocket for product inventory.

Describing the unexpected closure of the business, the member said, “On 10 September we were told JN had gone into administration. When we tried to contact customer service and Jesper via Facebook for further information, all points of contact and Jesper’s social media accounts had been closed.

“We have searched for a point of contact for Jesper but he has vanished off the face of the Earth,” she added.

Nielsen has been embroiled in legal disputes with Pandora since leaving the company a decade ago.

In 2017, Denmark’s Maritime and Commercial High Court ruled that Nielsen had unlawfully used the Pandora trademark to promote Amazing Jewelry.

Nielsen had been warned against using the Pandora name before; in an article titled ‘Riding on the coat-tails of Pandora’, a Danish website covering trademark law reported: “Already back in 2014 the trouble started between the parties [Pandora and Nielsen] but the injunction case started by Pandora was closed with a settlement where Mr Nielsen accepted not to use Pandora as a trademark for his new business.

“Even though the Settlement Agreement was concluded in December 2014, Pandora found reason to voice their concern towards Mr Nielsen’s continuous use of Pandora again in the spring of 2015, and in June 2016 Pandora obtained a default judgment.”

Three years after his departure from Pandora, Nielsen also self-published a book entitled Inside Pandora, and which was promoted as: “A simple and unconventional approach to business by one of the key players behind the billion-dollar global enterprise.”

At the time of Nielsen’s resignation from the Pandora board, his company Kasi ApS – also known as Kasi Group – sold its shares in the business for an initial payment of DKK385 million ($AU83.5 million) with a second payment promised based on future earnings.

In 2015, Nielsen contended that Pandora had not honoured this second payment and insisted that he was owed DKK753 million ($AU164 million) – later increased to more than DKK2 billion ($AU430 million).

Pandora has consistently denied Nielsen’s claim and has won legal judgements against its former executive.

The case has since moved into arbitration; however, Kasi ApS was fined DKK5 million ($AU1.09 million) in 2020 due to Nielsen’s breach of a confidentiality clause.

According to a Finans.dk report, the fine was not paid, forcing Kasi ApS into bankruptcy; the collapse of the business was the subject of a police investigation.

According to Danish media, Nielsen was declared personally bankrupt on 17 November 2020 and information presented to Denmark’s Maritime and Commercial High Court indicated he currently lives “for rent” in Majorca, Spain.

During more recent court proceedings, Nielsen is reported as saying: “It is expensive to be Jesper Nielsen, and I am good at making money.”

The future for his reported 76,000 JN Jewellery ‘ambassadors’ is unknown – as are any monies owed to them.

Jeweller has attempted to contact Jesper Nielsen and his personal website jespernielsen.com is non-functioning and various emails to the business have ‘bounced’.

HISTORY IN THE MAKING
Jesper Nielsen Vs Pandora and Danish Government


Jesper Nielsen under fire from ambassadors as business ‘history’ comes to light originally appeared via www.jewellermagazine.com