Not everything in Silicon Valley revolves around high-tech consumer electronics. There are plenty of affluent techies out there who have been seduced by the beauty of good old mechanical watches. To cater to their passion, a club of watch enthusiasts based in Silicon Valley appeared on the scene in 2018. Known as Collective, the club’s first collaboration was a Zenith El Primero Chronomaster C.01 revisited in silver and white to echo the design language of modern technology products, followed by an H. Moser & Cie. Pioneer Centre Seconds C.02 with a rotating 12-hour bezel to track two time zones. For its third collaboration watch, Collective Horology has reached out to IWC Schaffhausen to create the exclusive 125-piece Pilot’s Watch Chronograph Edition C.03 ref. IW388105. The collaboration with IWC also celebrates the expansion of the collector’s group to London where it hopes to attract more enthusiasts. 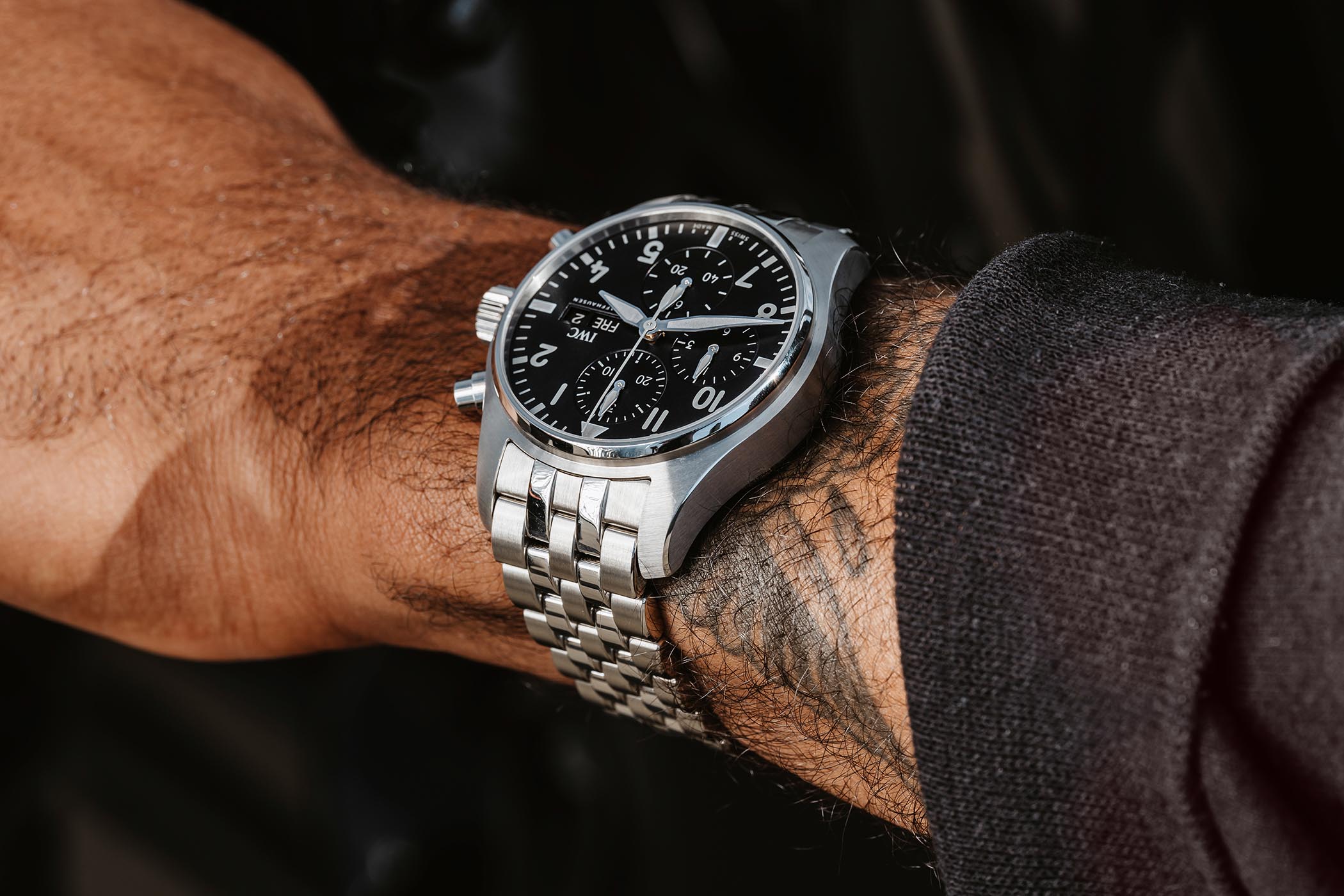 Collective is the first organised club of watch enthusiasts based in Silicon Valley, California. Founded in 2018 by marketing and brand strategy executives Asher Rapkin and Gabe Reilly, who have worked with Facebook, Apple, and Google, the mission of Collective is to create “collaborative watches for a community of enthusiasts”. There are currently two different series for members to choose from: the Collective Series, which involves an annual collaboration with a favourite watch brand, and the Portfolio Series, which commissions hyper-exclusive watches from independent watchmakers like J. N. Shapiro and Urwerk.

utilitarian spirit of the fliegerchronograph

The inspiration for the Pilot’s Watch Chronograph Edition C.03 came from Collective co-founder Gabe Reilly while visiting the IWC Manufacture in Schaffhausen, where he spotted his favourite IWC, the Fliegerchronograph 3706. Produced between 1994 and 2005, the 3706 is a symbolic product for IWC fans marking the era before the brand abandoned no-nonsense tool watches with outsourced movements to produce upmarket luxury tool watches with in-house movements. 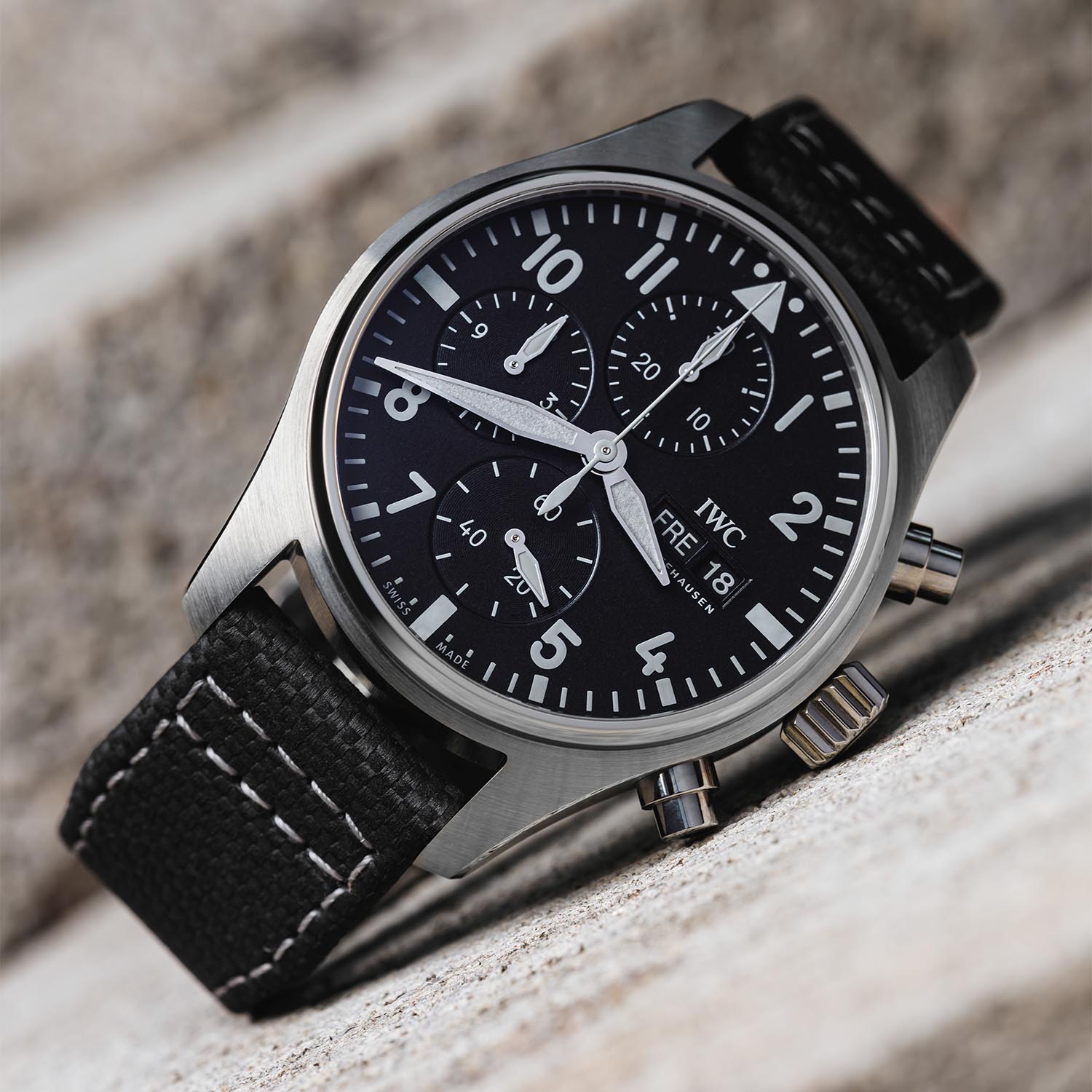 In the words of co-founder Gabe Reilly: “The “C.03” is our love letter to IWC. With the IWC Pilot’s Watch Chronograph Edition “C.03”, we’ve sought to create a watch that distills our favorite IWC era and model – the late 1990s and IW3706, the first Pilot’s Chronograph. This time and watch still live on in the hearts of collectors worldwide. The brand had an unapologetic swagger, a no-frills Swiss-German approach to design, and displayed serious watchmaking bonafides. With this project, we aimed to bottle that spirit, and bring it into a modern context.”

In keeping with the specifications outlined by Collective, the IWC Pilot’s Watch Chronograph Edition C.03 ref. IW388105 is a robust, no-nonsense tool watch “that wants to be worn, and worn hard”. The 41mm stainless steel case has a height of 14.5mm and features brushed surfaces with polished pushers and a screw-in crown. The water-resistance is rated at 100 metres. 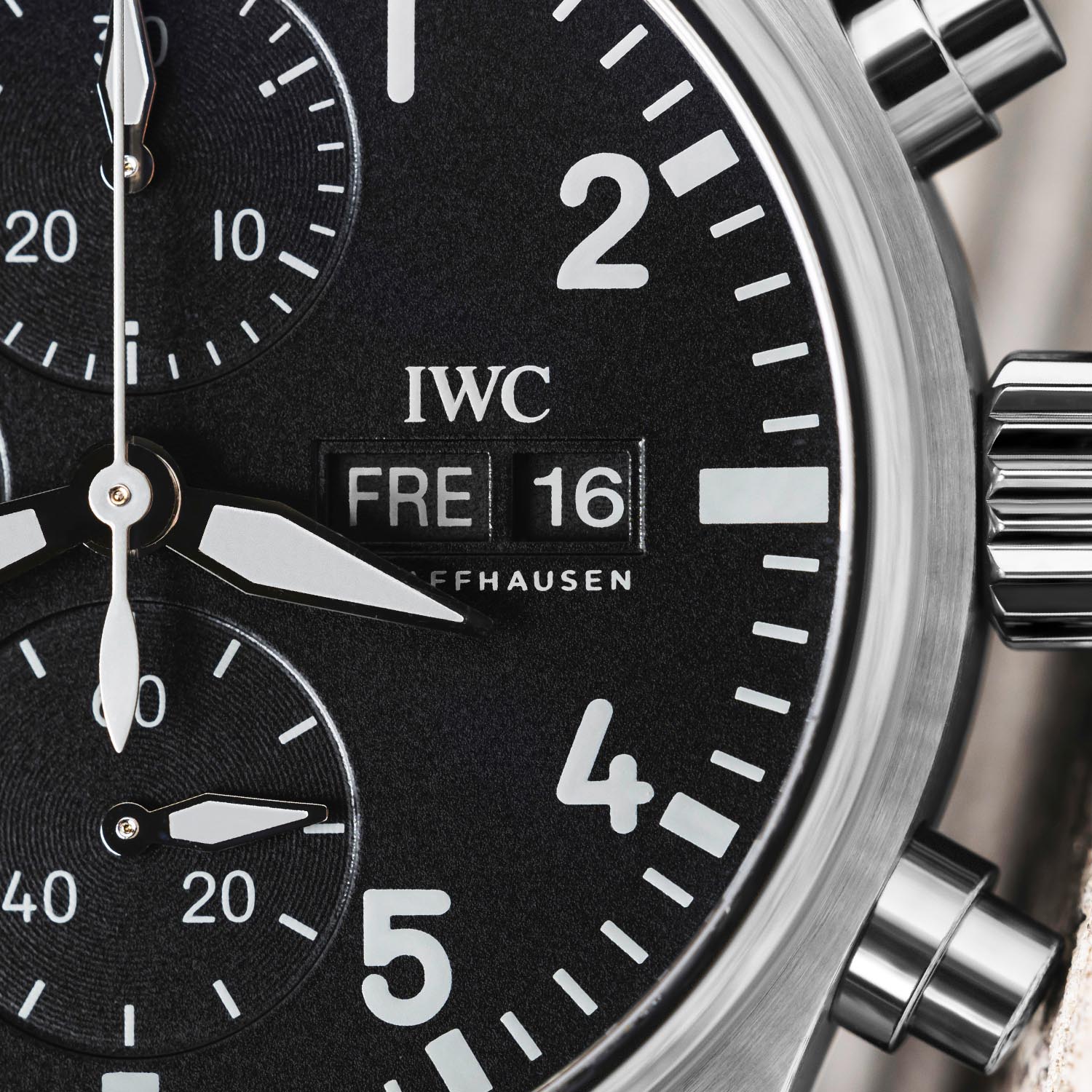 Similar to the 41mm Pilot’s Watch Chronograph Spitfire released in 2019 that also adopted features of early 1990s models, the model for Collective members has special traits that set it apart as a collector’s piece. A particularity of the Collective model is the day and date disc with a black background and the days of the week printed in white with their German abbreviations (Mon=Montag). Its clean, stark design is underscored by the monochromatic matte black dial with large Arabic numerals and bold white markings. The triangle with two dots and emphatic hour markers on the minute/seconds track convey the utilitarian appeal of the watch with its three snailed sub-dials (30-second counter at noon, 12-hour counter at 9 o’clock and running seconds at 6 o’clock). Another distinction is the use of white Super-LumiNova on the hands and indices to accentuate the contrast. 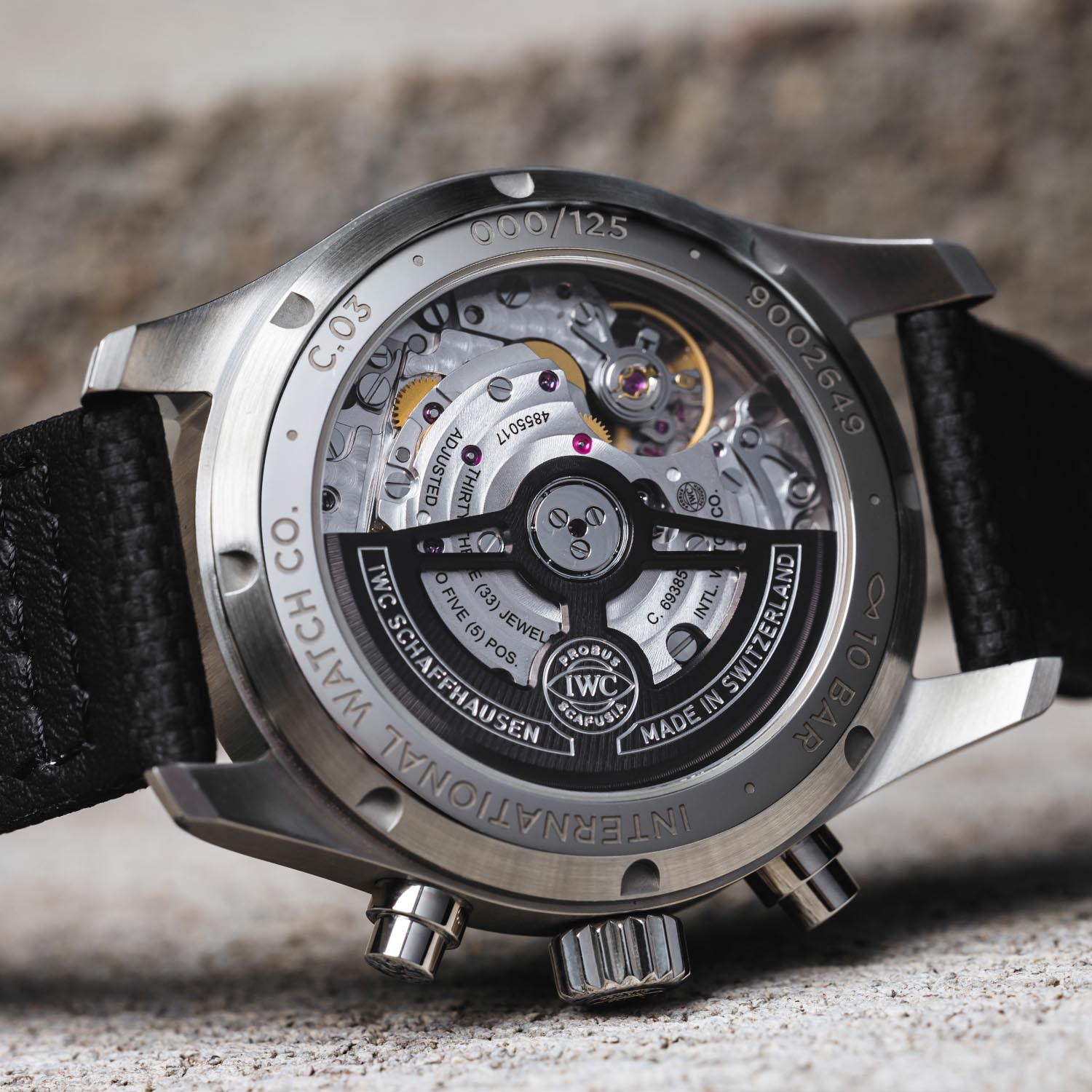 The IWC Pilot’s Watch Chronograph Edition C.03 comes with a black calfskin strap and a 5-link stainless steel bracelet. It is limited to 125 pieces exclusively for Collective members. The retail price is GBP 6,450 or USD 7,150. Those interested in joining Collective Horology and acquiring the timepiece can visit collectivehorology.com, where more information, as well as a membership application, are available.