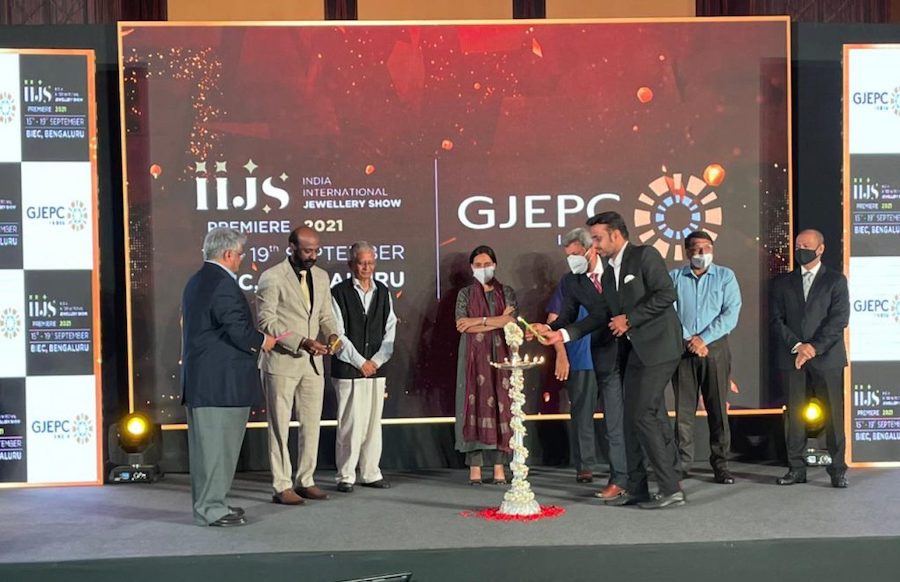 Following the cancellation of its 2020 edition due to the COVID-19 pandemic, the India International Jewellery Show (IIJS) Premiere made a triumphant return last month.

The show – held from 15–19 September in the city of Bengaluru – recorded approximately 1,300 exhibitors and 21,000 visitors, including more than 300 international buyers, according to organiser the Gem & Jewellery Export Promotion Council (GJEPC).

The GJEPC claims it is the first large-scale, international, and entirely physical jewellery trade show to be held since the pandemic began. Notably, the 2021 event was held outside Mumbai for the first time in the show’s history due to COVID-19 restrictions in the city.

According to a GJEPC statement, the show generated “business worth $US6.75 billion” ($AU9.4 billion).

“The success of IIJS Premiere 2021 is a clear indication that the gem and jewellery industry has shrugged off the pandemic’s effects on the sector and the economy at large,” the statement continued.

Colin Shah, chairman of the GJEPC, said, “We are delighted that IIJS Premiere has generated an estimated $US6.75 billion worth of business. We are already witnessing a surge in exports and are confident that the industry will achieve the export target of $US43.75 billion this year.”

Visitors and exhibitors were required to have at least one dose of a COVID-19 vaccine, as well as produce a negative test within 48 hours of attendance.

The GJPEC statement noted international buyers from Bangladesh, the UK, USA, Thailand, Singapore, Australia, the United Arab Emirates, and Nepal had placed orders at the show.