Part of the legacy of Chronoswiss should be credited to the Regulator. This split-time display, putting the minutes front and centre, has been in the collection since 1987 but dates back to a time where master clocks would indicate time in workshops and factories with great precision. This specific way of indicating time has a large central minute hand and separate axis and hands for the hours and minutes. Chronoswiss now presents the next model in a long line of regulators. This is the Chronoswiss Flying Regulator Open Gear Lucerne Edition.

Chronoswiss was originally established in 1983, in the German city of München, despite what the name suggests. Four years into its watchmaking endeavours, the first Regulator watch would be presented. The company was moved to Lucerne following a change in ownership in 2012 but kept its original style and the regulator as its signature complication. 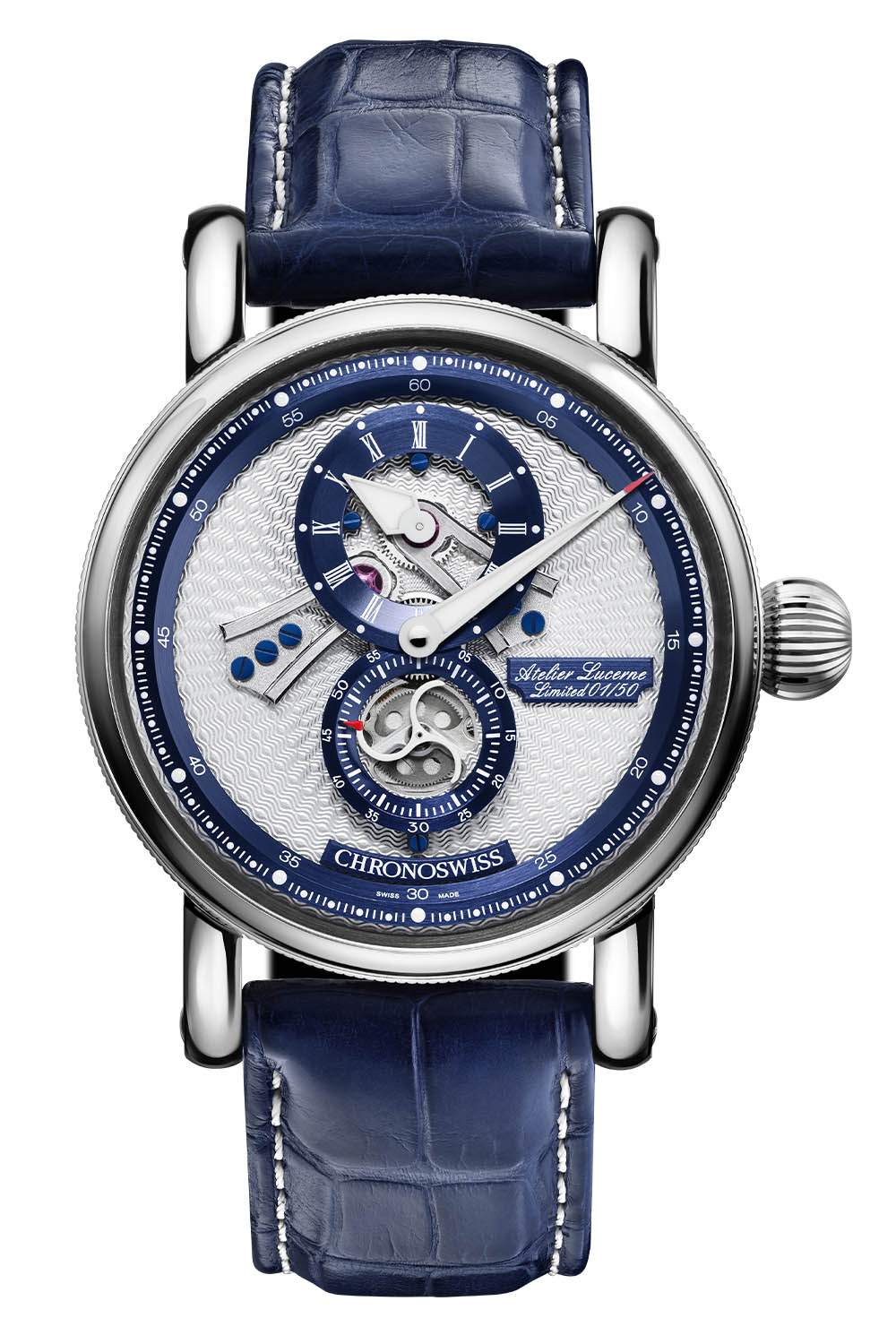 The signature Chronoswiss steel case measures 41mm in diameter and 13.85mm in height. It has a knurled bezel and an onion-style crown, something Chronoswiss is quite famous for. The pronounced, straight lugs are another classic Chronoswiss element. The case has sapphire crystals front and back, and a water-resistance of 100 meters.

The dial is galvanic silver and has a hand-applied guilloché pattern. The subdials for the hour and seconds are suspended over the dial and finished in blue CVD. The same treatment has been given to the outer minute track and the plaque at 3 o’clock. The Trigono-shaped hour and minute hands have a Super-LumiNova insert, with a three-tipped hand indicating the seconds. 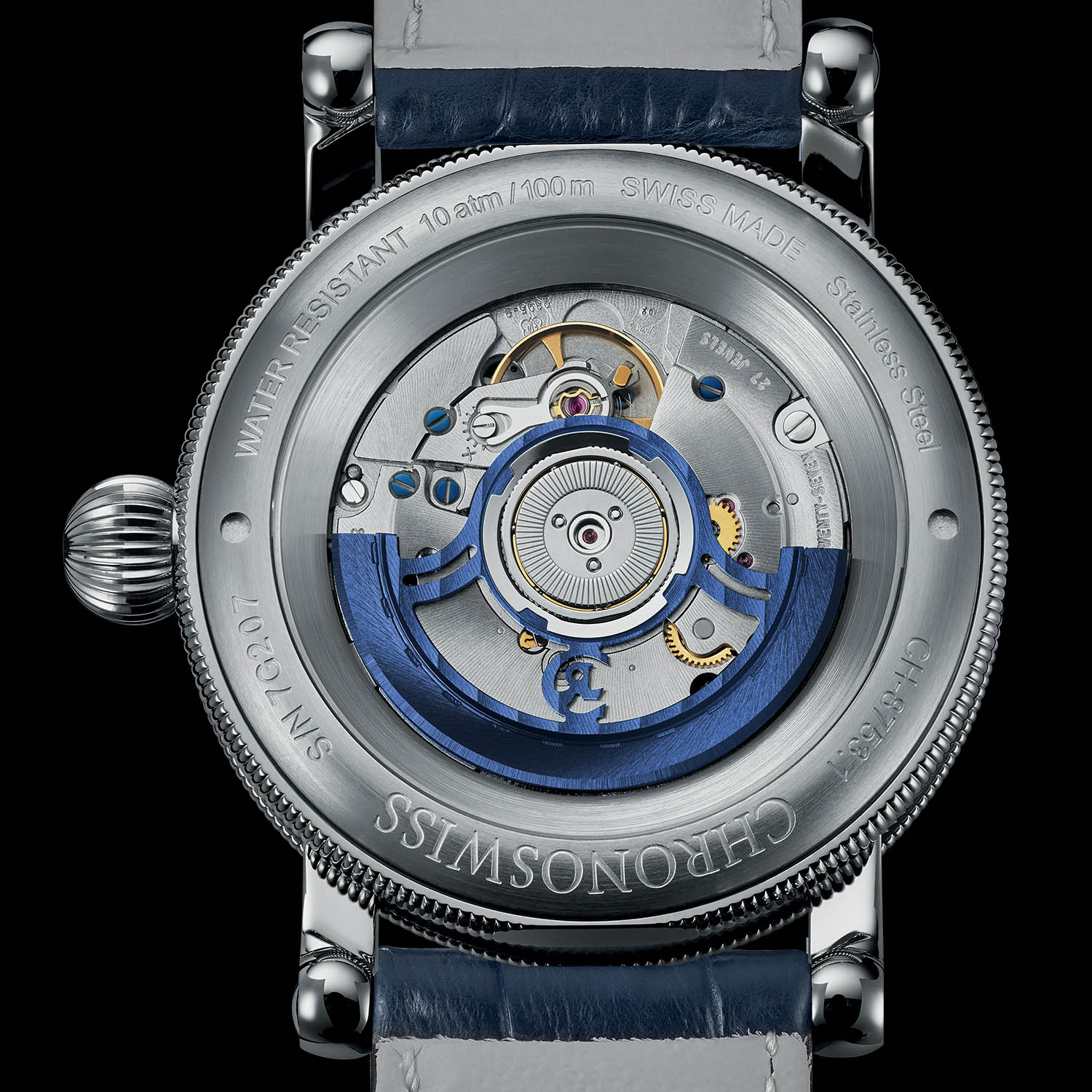 The Chronoswiss Flying Regulator Open Gear Lucerne Edition is powered by the Calibre C.299, which is an ETA 2895 at heart. This automatic movement uses 31 jewels, runs at a frequency of 28,800vph and provides a 42-hour power reserve. It is topped with a blue CVD coated rotor. The watch comes on a blue crocodile leather strap. It is limited to 50 pieces and retails for EUR 8,900.

What's the Best Diamond Clarity for an Engagement Ring?